Is Green Hydrogen The Fuel Of The Future? 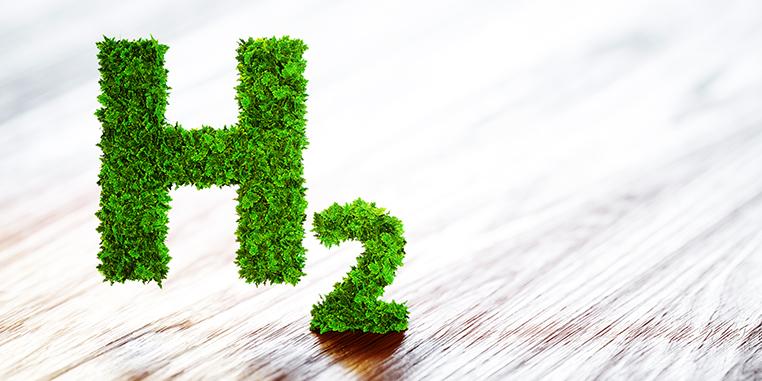 Is Green Hydrogen The Fuel Of The Future?

HYDROGEN FUEL CELLS HAVE BEEN WIDELY TOUTED AS AN ENVIRONMENTALLY-FRIENDLY ALTERNATIVE TO CONVENTIONAL FOSSIL FUELS.

If renewables, such as solar panels or wind turbines, are used to generate electricity for electrolysis of water then the green hydrogen can be produced without any harmful emissions.

Fuel cells function by moving hydrogen over a catalyst, stripping away electrons that run through an electrical circuit. The positively charged hydrogen ions combine with oxygen in the air to form water as its only emission.

51 years ago, hydrogen fuel cells became the obvious choice for space missions and helped send Neil Armstrong to the moon, however the process has failed to make its move into mainstream life ever since. But this could be about to change.

Interest in green hydrogen is skyrocketing, with a spate of recent investments despite the current pandemic. Energy agencies around the world are looking to developments in green hydrogen to boost clean energy supply.

Arnold Gad-Briggs, chief executive of UK based EGB Engineering says “the unprecedented reduction in costs associated with renewable energy has made hydrogen a genuine alternative energy source that will help in the reduction of greenhouse gas emissions.”

With electrolysis, all you need to produce large amounts of hydrogen is water, a big electrolyser and plentiful supplies of electricity. However, big electrolysers are expensive and in short supply, so cutting the prices will be critical for reducing the costs of green hydrogen. But last year, the IEA predicted that the costs could be halved by 2040.

The main problem with green hydrogen is transporting the gas. Storing and transporting the highly flammable gas is not easy; it takes up a lot of space and has a habit of making steel pipes and welds brittle. Dedicated pipelines are required to transport the gas, which are costly to build.

However, other low-carbon fuels have problems too and since most of them require the production of green hydrogen as a precursor, why not just stick with the original product and eliminate other processes?

Experts are predicting hydrogen to play a big role in decarbonizing of some vehicle segments, with forklifts and heavy-duty trucks among those most likely to benefit.

In the UK, the transport secretary, Grant Shapps, told MPs that the government will experiment with hydrogen fuel cells for an entire town’s bus network. In early June, the Department for Transport gave £400,000 to the Hydroflex project to bring the first hydrogen train to UK main lines in the next few weeks.

For rail and vehicle usage, and potentially aircraft, fuel cells have the major benefit of allowing refueling within minutes, opposed to the hours of charging required by some battery-powered cars.

So, as the world plans economic recovery efforts after the Coronavirus pandemic, and we look towards investing in build-back-better approaches, an increasing number of scientists and policymakers are saying green hydrogen’s time has come to be brought fully into the energy mix of the future.