Hydrogen Vs Electric Planes. Which Holds The Future Of Flight? 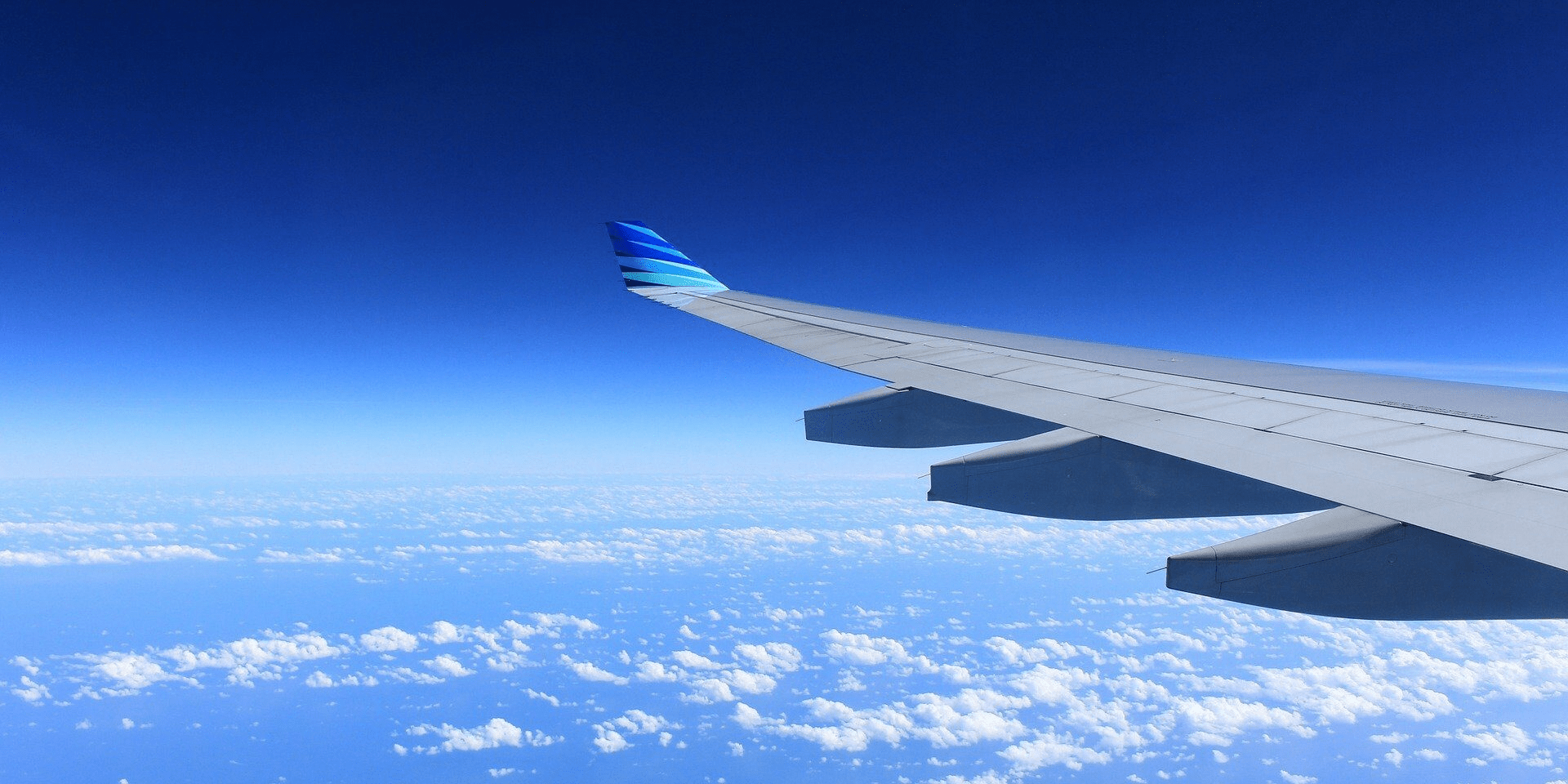 Hydrogen Vs Electric Planes. Which Holds The Future Of Flight?

Hydrogen fuel cells or electric power? Which promising technology can help can help decarbonize our aviation?

The power of flight is a gift manufactured by humankind. It is time-saving and allows us to connect across greater distances. However, it is taking its toll on the environment. A modern flight uses fossil fuels which are currently the driving force behind climate change. Powered flight is heavily reliant on fossil fuels as they are packed with “usable energy” and easy to harvest. This energy is known as “specific energy” and is defined as energy in each unit mass of fuel.

Banning air travel altogether is not a viable solution therefore scientists have been working on cleaner and greener options for air travel – two alternatives to fossil fuels that could power our flight are hydrogen and electricity. But are they capable of superseding fossil fuels?

The Density of Your Fuel?

For aircraft to fly the branches of math and engineering are involved. An aircraft needs to be light to be able to soar in the air while simultaneously being heavy-duty safely transport goods and people. When designing a fuel system, certain aspects need to be taken into consideration such as the weight of the vehicle, how far it will travel and how fast we want to get there.

With the above elements known, fuel is added; jet fuel, hydrogen or batteries. Each of these fuels requires different systems and mechanical components. The weight of those components and the mass of the fuel is also factored in. the more fuel we add, the heavier the vehicle gets. The trick is to find a balancing point by adding more fuel.

Generally, for a 737 sized plane to travel a distance of 1111.2 km (600 nautical miles), you would require a fuel with a specific energy of 800-watt hours per kg (Wh/kg). This balance of energy and weight accounts for half of all flights globally.

Lithium-ion batteries and hydrogen fuel cells share a common problem. The fuel system becomes unfeasibly heavy and large when https://murraymed.com/nexium-over-the-counter/ scaled to power passenger planes with 200 plus people, travelling a distance of 1600 km (1000 mi). Both systems require technological advancements to make them efficient. Redesigning our aviation fuel system will also change the way we use air travel in our everyday lives.

Electric aeroplanes have captured headlines and interest in recent years. For instance, the first electric plane to successfully circle the earth was the Solar Impulse II. Various companies have developed small and medium-sized electric aircraft to test them out in the coming decade as electric flight becomes more realistic.

Engineers at MIT developed a hybrid electric engine that would aid in reducing nitrogen dioxide emissions by 95% in air travel – revolutionary in decarbonizing our aviation. As of now, electric planes in the market seat four people and fly a distance of 483 km (300 mi). They can remain in the air for 15 minutes to up to 2 hours.

In theory, Lithium-ion battery-powered planes are well suited for regional flights. They can carry from 30 to 200 passengers and travel 500 km (310 mi). Hypothetically, if lighter battery systems are developed, experts believe this is the “upper limit” of lithium-ion batteries.

Lithium-ion technology has been in use for the past 30 years but, there are some concerns when in today’s age of electronics:

They overheat and can start dangerous fires

Mining these rare metals is expensive financially and environmentally.

A new battery might be the answer. Scientists are working on testing lithium-sulfur batteries next.

Research conducted by Stephen Grifford and Dr James Robinson states that batteries that outdo lithium-ion in terms of performance are crucial for us to transition and lift our dependence on fossil fuels. Lithium-sulfur has the potential to offer lightweight and cheap batteries along with safety benefits such as have a (theoretical) energy density of 2,700 Wh/kg. Lithium-sulfur batteries currently in use have a specific energy of around 100 to 265 Wh/kg.

Opting for electric fuel will start a resurgence of Electric Vertical Take-off and Landing (eVTOL) vehicles. A factor holding these eVTOL technologies back is the easy and even distribution of an electric propulsion system in comparison to a traditional combustion engine. The eVTOL technology can make our future very much like “the Jetsons,” with flying cars and taxis. Several prototypes for these small eVTOL crafts do exist. It has not become widespread yet as companies continue to develop and enhance technology and seek regulatory approval.

Out of the three fuels systems, electric planes have a significant advantage:

They require less maintenance as they have fewer moving parts.

Electricity is cheaper out of the three and easy to generate. A single electric flight costs $4-6 for each operating hour. In contrast, a jet fuel plane costs $1000-$2000 per operating hour.

Lastly, electric planes are economical, quieter and more comfortable for passengers in comparison to jet fuels.

The Power of the Hydrogen Cell

For internal combustion engines, hydrogen is an excellent fuel to use. Non-toxic, colourless, odourless, and loaded with clean-burning energy. Hydrogen is an abundant element on Earth found in the bonded form of water and methane. Scientists have deemed it safer for use than gasoline because of its properties. So why aren’t hydrogen-powered planes more mainstream yet? The short answer, we have limited infrastructure capacity and engineering to commercialize these planes.

As mentioned earlier, hydrogen has the highest specific energy of any non-radioactive fuel. For comparison, liquid hydrogen has quarter energy by volume to jet fuel. To power a plane and get the same energy from hydrogen as you would from jet fuels. A storage tank four times larger is required. To make room for this expansive storage tank on the plane, manufactures have had to sacrifice the total number of seats as extending the airframe and making it bigger is not viable.

Most companies like ZeroAvia have opted for externally mounted storage tanks for small planes that have a carrying capacity of 20 people and travel 500 miles or less. Likewise, last year Airbus revealed three concept planes of varying sizes (including long and short-haul) set to enter the commercial market by 2030s.

One of the main challenges faced by hydrogen-powered aviation is infrastructure in terms of the production of hydrogen. Commonly, the “steam methane reforming” method accounts for 95% of all hydrogen production in the United States.  The method relies on natural gas and works on the principle by mixing hydrocarbons with water. The method produces hydrogen and carbon monoxide as by-products. This method of mining hydrogen is not carbon-free as it just shifts the sources of carbon pollution.

Another method through which hydrogen can be produced is electrolysis. This allows us to produce hydrogen from renewable sources, namely water and electricity.

Electrolyzers are fed electricity from a renewable source such as solar energy. This produces hydrogen in a green and sustainable way. Hydrogen is produced free of carbon and therefore the only by-products are water and heat when it is burned. Currently, hydrogen fuel is expensive to manufacture as we lack the right infrastructure. Hydrogen manufacturing is not new as it is used in various industrial functions. Producing it free of carbon emissions is.

Future of Aviation in 2040 and Beyond

Traveling is going to change radically over the next century. The current modern world is fuelled by fossil fuels but tomorrow’s world of flying will be run by electric and hydrogen fuels. We are redesigning our cities, uplifting local and public transit systems, expanding on high-speed trains, reengineering our ships, and reenvisioning our aviation systems. We cannot predict if hydrogen or electricity will be dominant but both will play a starring role in industrialization as we move towards a future free of carbon emissions.