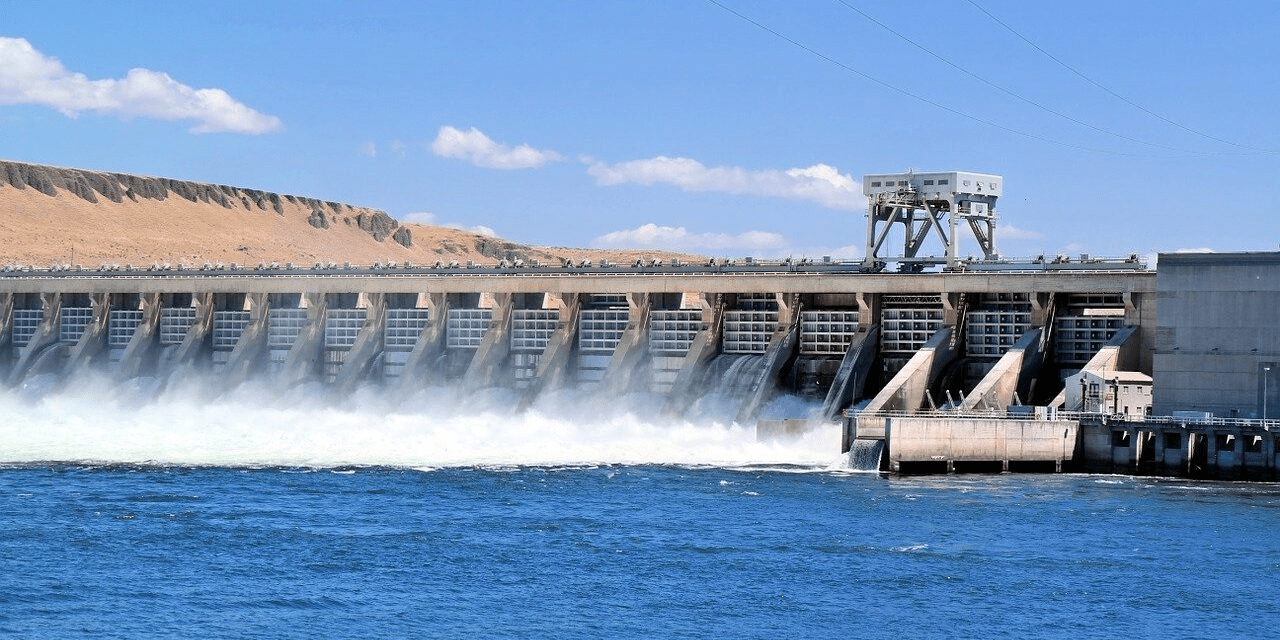 Harnessing kinetic energy from river currents has been a centuries-old practice. We’ve come a long way from using water wheels to process grain and cloth. Today, hydropower provides 16% of the world’s electricity. Modern hydropower is also referred to as “white coal.” Globally, 40 countries use hydropower to produce more than one-fifth of their electricity demands.

Hydropower became a source of electricity in the late 19th century a few decades after the first modern water turbine was built by engineer James Francis. The world’s first-ever hydroelectric power plant was functional in 1882 in the United States.

HOW DOES HYDROPOWER WORK?

A standard hydroelectric plant is a system consisting of three parts:

A power plant for electricity production. It houses the turbines and the generator.

A dam that regulates water flow and stores a supply of water. It produces and stores energy as well. Dams are also an excellent mitigation measure against floods.

A penstock. A channel that connects the natural water source (lake or river) to the dams’ reservoir. The channel is either open, tunnel-like or a gas pipeline.

The water behind the dam flows through an intake and causes the blades of a turbine to turn. The turbines spin a generator which produces electricity. Modern hydropower plants are helping expedite the “clean energy” transition. They provide essential power, flexibility, storage and climate mitigation services.

The amount of electricity generated is dependent on two factors: how far the water drops from and how much water it moves through the system. Different types of hydropower plants use different flows of water (with or without a dam) to generate electricity.

Apart from using water energy from lakes and rivers, ocean energy is also being looked into. The force of waves, tides and currents can further solve our rising energy demand. 83% of all renewable power globally is supplied by hydropower plants.

The plant type varies according to the site’s configuration, intended use and the waterway. The general purpose of a dam is to control flooding, irrigation and urban water supply. 75% of dams are built for these purposes while 25% are used for hydropower and multi-purpose reservoirs.

Reservoir hydroelectricity employs a man-made dam on a river to store water in a reservoir. Water from the reservoirs is released and flows through a turbine. This turbine spins to activate a generator to produce electricity. This type of dam though common is not very environmentally friendly. A natural river is dammed to create a reservoir and it impacts the environment negatively.

Run-Of River Plants (ROR) use the flow of water to produce energy. No water is stored in this type of plant. Dams are either very small (25 metres high) or are not part of the system. ROR plants depend on the seasonal river flows and therefore provide energy intermittently. ROR plants have a low environmental impact as the normal course of the river is not drastically altered.

Off-stream Plants produce energy on demand. They have dams with reservoirs that release water as needed for electricity generation. These are often built on lakes, waterfalls (with a height of over 300 meters) and locks (20 to 300 meters in height).

Pumped Storage Power Plants are also modular in nature. PSH plants convert excess electrical energy into stored energy. They have two reservoirs at varying heights. According to demand, water is released from the higher reservoir to the lower reservoir. When there is excess production from wind or solar sources, that surplus energy is used to pump water into the higher reservoir. PSH plants are used by electric power grids to balance the load.

Tidal and Offshore hydropower plants harness the energy from the changing tides. This tidal movement generates energy for electricity. Tidal power turbines are placed in shallow waters off the coast. The tidal (back and forth) movement passes through large turbines that power a generator. Tides change multiple times a day in a reliable cycle and this is, therefore, a consistent and sustainable source of energy.

Hydropower water is both renewable and storable. It is also reusable even after being used at peak consumption times. By storing water or its “potential energy,” adds to the efficiency of the hydropower plant as it reaches its maximum capacity in mere minutes. In comparison, a thermal plant takes 10 hours to reach full capacity. Likewise, nuclear reactors take four times longer than thermal plants! Following are some advantages of hydropower plants to both humanity and the environment:

A standard turbine in Hydropower plants converts 90% of the waters kinetic energy to electricity making them one of the most highly efficient sources of renewable energy. It relies on a constant flow of water, when installed on rivers and waterways, they can generate energy 24 hours a day. In comparison to solar energy that only converts 16.5% of the suns energy into useable electric power. Likewise, wind and solar are both dependant on the weather conditions and the time of day. Hydro is a far more reliable source for energy generation than solar or wind.

Hydropower is a cost-effective source of renewable energy. Yes, construction and infrastructure are costly, but operational and maintenance costs are low. Once the plant has been set up, it produces energy cheaply as water is a free and natural resource.

Man-made reservoirs, hydroelectric dams and hydro stations are built durably and can last 50 to 100 years when maintained for functionality. Many such durable dams are also found in the UK such as Bonnington Power Station (1927) and Lochaber Hydroelectric Scheme (1929) in Scotland, both of which are operational to date. Because of their robust structure, hydro projects provide an excellent investment in the long haul.

Surplus energy generated from hydropower is fed to the national grid system. It is the only renewable source that can be stored in bulk via pumped storage systems with reservoirs. Electricity is not stored but the water is which can be used multiple times to generate electricity when needed. In comparison to solar and wind, both are used as they generate electricity.

Large hydropower plants part of reservoirs and dams can be easily switched on or off according to increasing or decreasing demand for electricity generation. Some hydropower can begin generating electricity in 30 seconds. Hydropower is an ideal source to keep major power shortages due to high demand in control. It can rapidly generate electricity anew and balance the grid. An instance, electricity demands spike during advertisement breaks during popular sporting events or TV programs. When million across the globe put their kettles to boil at the same time the demand is exponential. Pumped storage power stations are kept at the ready and can generate vast amounts of electricity to ensure everyone gets to boil their tea.

Hydropower is a clean and green source of electricity. It has low greenhouse gas emissions in comparison to other sources of energy. Research shows that replacing fossil fuel with hydropower helped reduce 100 billion tonnes of CO2 in the past 50 years. Likewise, if hydro were replaced with coal, it would generate around 4 billion tonnes of additional greenhouse gases would be emitted yearly!

Most hydropower plants are not solely generated for electrical power purposes. They have multiple purposes such as providing infrastructure to aid in the clean water supply to homes, industries and agriculture. They regulate and store water to mitigate floods and droughts which are becoming common due to climate change. Furthermore, they’re also used for transportation and recreational services.

The majority of the UK’s hydropower plants are situated in Scotland and wales. They are located within reservoirs and dams across the Welsh countryside and the Scottish highlands. UK’s largest power plant is built in the northwest of Wales. The Dinorwig Hydropower Station has a total capacity of 1,728 megawatts, enough to power 2.5 million homes. It has been operational since 1984 and has a pumped storage system that can generate electricity in a jiffy on short notices or in times of electricity spikes.

The Cruachan Power Station in Argyll and Bute, Scotland can generate 440 megawatts of hydroelectric power. It is estimated to power 225,000 homes. It too has a pumped storage system and has been functional since 1965. It is mainly used as a backup source of energy to balance the national grid when demands are high. Its turbines can operate at full capacity within 30 seconds provide electricity at a moment’s notice.

In England, hydroelectric power is not as dominant. Kielder Power Station (1982) in Northumberland is the largest plant in England and generates 6 MW of electricity. It is capable of producing 20000 MW-hours of electricity annually which is enough to provide electricity to 4000 homes. Yearly, it offsets 8600 tonnes of CO2.