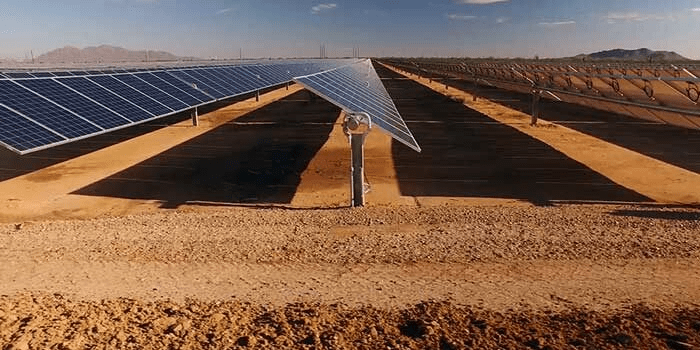 Despite the pandemics’ devastating impact on all sectors, the renewable energy sector in the Middle East is still moving ahead. The spread of COVID-19 did not affect the energy demand has not wavered. It has expedited the need to diversify energy sources move towards a decarbonised economy. Renewables are now the top energy policy outline to combat the effects of climate change.  But simultaneously, new green and clean technologies such as “green hydrogen” are also making headlines and attracting investors and policymakers alike.

Even though the Middle East lacks markets like China, the US and Europe; Saudi Arab Abu Dhabi, Jordan, Dubai and, Morocco still house the world’s largest and cheapest solar projects and have assembled substantial renewable energy capacity. The Middle East is aiming to become the leading market in the development of renewable energy and green fuels.

Currently, 28GW of renewable energy production capacity is installed across North Africa (Mena) and the Middle East. Out of this, hydropower is responsible for 21GW. All of this represents only 7% of the region’s power generation capacity.  With the annual 5% increase in electricity demand coupled with a dearth of available natural gas supplies, the expansion of renewable capacity is a need and one of the top policy priorities for the region’s governments.

The reduction in technological costs and the motivation to achieve a zero-carbon emission status has encouraged countries to plan and procure solar and wind projects. The Middle East is not shy in setting ambitious clean energy targets, Dubai for instance, has the most aggressive stance as of yet. It is aiming for 75% of its energy to be generated by clean resources by the end of 2050.

98GW of new renewable energy generation capacity was planned for this region at the start of this year alongside 39GW of additional capacity, due to join the stream by 2025.

The pandemics impact on the economy further drove the desire towards a “green recovery.” It prompted an impulsive upsurge of ventures and projects to produce hydrogen fuel in the Middle East. Particular regarding utilizing the regions ample supply of inexpensive solar energy to produce sustainable “green hydrogen” from water. This reason spawned a huge interest from investors and governments globally.

Green hydrogen is the latest renewable fuel to become a part of the Middle East’s renewable energy journey. It holds the same importance as solar, and wind energy held a few decades ago. As solar was considered expensive ten years ago,

Nonetheless, solar energy production costs have reduced exponentially over the past decade. Likewise, regulatory changes have minimised the commercial risk of investing in renewable energy resources. This trend has finally gained momentum in the Middle East and North Africa and is not likely to stop. It is diversifying the region’s energy by tapping into new technology that aims to mass-produce clean fuels commercially and make this technology more available.