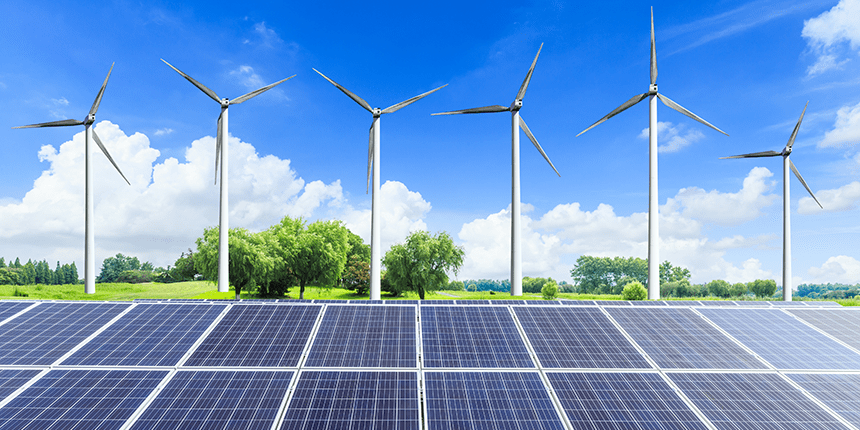 According to the report by the International Renewable Energy Agency (IRENA), two-thirds of all global wind and solar projects (built last year) can now generate inexpensive electricity than even the world’s cheapest coal plants.

IRENA reported that declining costs of new solar panels and wind farms with 62% deployment meant saving 800 Giga Watts (GW) worth of coal plants. That is equivalent to supplying the UK’s electricity demands ten times over!

The report also states that last year, solar power costs fell by 16%, while onshore and offshore wind farm costs dropped by 13% and 9% respectively.

In just under a decade, the cost of large-scale solar power has fallen by 85%. A 56% decrease in onshore wind farms and a 48% decrease in offshore. IRENAs Director-General, Francesco La Camera, said that the latest research by the agency attests that the world is at a crossroads when it comes to coal.

He also stated that renewables are the cheapest source of power currently and a viable solution to coal dependant-countries, to economically and gradually eliminate coal usage. Deployment of renewables will also keep up with the growing energy demands, more job opportunities, advancing growth, saving costs and encouraging climate action.

In Europe, the cost of building a new coal plant is well above the capital needed for new wind or solar farm, inclusive of obligatory carbon prices. The report states that renewable energy in the US will be able to reduce between three quarters and 91% of existing coal operating power plants. In India, renewable energy would be between 87% to 91% cheaper compared to new coal plants.

The report also states that installing unsubsidised renewable energy sources in place of hundreds of existing coal plants could save up to $32.3 Billion (£22.8 Billion) every year in energy system costs while illuminating up to three Giga Tonnes of annual CO2 emissions.

Phasing out 800 GW of coal power capacity for carbon saving would be the equivalent of shaving 9% of the world’s energy-related emissions last year or 20 % of the carbon savings required by 2030 to maintain global heating at 1.5°C (above pre-industrial levels).

The report also forecasts the cost of renewable energy, which will continue to fall in the coming years. The next two years will see a rise in solar power projects, with three-quarters of all projects being cheaper than new coal power plants. Likewise, onshore wind costs will be a quarter lower than the cheapest coal-fired power plant. This trend confirms that low-cost renewables will be the “backbone” of the new electricity system while enabling electrification of other sectors like transport, construction, and industry. Renewables will also open avenues to tap into competitive indirect electrification through renewable hydrogen.