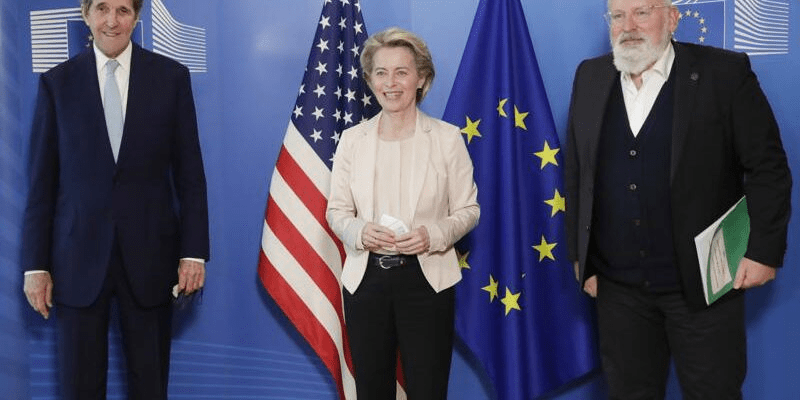 The European Union pledges to become climate neutral by 2050 alongside meeting the goals of the Paris agreement. The ambitious goal is necessary in light of the current environmental situation and requires restructuring the energy system. For the deployment of renewables and a reliable supply of sustainable energy, gas power technology plays a pivotal role now and in the near zero-carbon future. For the EU to attract investors and energy markets, it needs to plan policies that rely on carbon pricing and other technology-neutral mechanisms.

All sectors of the economy have to work unanimously to achieve climate neutrality. Currently, in the EU, the power sector is at the helm of the decarbonisation ship. From 2010 to 2019, the EU successfully reduced the CO2 emissions in the power sector by 30%. The European Environmental Agency attributes this figure due to the switch from coal to gas and the increase in renewable energy generation capacity.

The transportation sector has been less successful in reducing emissions so far. Electrification is an essential conduit to decarbonise the European economy. Regardless, it still depends on further reductions of the carbon footprint in the power sector.

Gas power technology when correctly valued in the electricity market is a “force multiplier” for renewables growth. It provides stable and resilient power and is a destination technology for 2050. The Renewable Energy Directive and the forthcoming gas decarbonisation package are increasing the deployment of renewables and low carbon gases. This has also promoted carbon sequestration (capture and storage) where required.

Gas power generation is a stepping stone in progressing decarbonisation while simultaneously supporting other sectors by accelerating electrification to achieve carbon emission reduction goals. This largely depends on the electricity market incorporating flexibility and resilience in its structure, attributes that are yet to be recognised.

Carbon pricing is crucial to deliver carbon neutrality by attracting market participants. As part of the “Fit or 55” package, the emission trading system will be revised to strengthen and ensure a cost-effective energy transition.

Carbon pricing is a technology-neutral strategy and avoids misrepresentation of political decisions. Similarly, the approaching “methane regulation” is essential to maintain the industry’s license to remain functional; there are various existing technologies that help reduce methane emissions. General Electric (GE) supports policies that encourage development and dish out a range of existing and future solutions. These policies open avenues for new technologies and energy sources.

Furthermore, gas fuel-operated turbines play a crucial role in the lifting of dependence on coal and enabling energy transition. Coal dependant countries to reduce their cumulative carbon intensity by 2050 need to prioritize their rapid gains. The policies made for Europe should not only permit but also support the development of technologies that lower carbon emissions while also maintaining the bigger picture of achieving climate neutrality.  General electric is a seasoned service and technology provider. It has a unique perspective on the energy transition, and in that vein has developed a suite of technologies. These include gaseous fuel-fired power solutions with hydrogen and Carbon Capture Utilisations and Storage capability. The gas turbines manufactured by GE today alongside upgraded existing units will be able to run on hydrogen shares.

Europe is going to revise its policies regarding climate and energy and align them per the Paris Agreement. Gas turbine technology is an innovative step. It encourages and accelerates the deployment of renewable energy generation by providing stability and reliability. In addition, it is also a study in progressive decarbonisation as it lowers the cumulative emissions by switching to gas from coal. GE aims to deliver on Europe’s climate objectives by setting up a framework that maximizes the European countries’ power system and it is calling policymakers on board to support this goal.