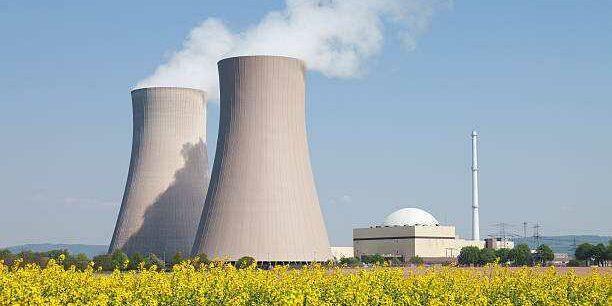 The Department for Business, Energy and Industrial Strategy (BEIS) is conducting a market engagement exercise for its next phase of work on the development of Advanced Modular Reactors (AMRs).

In the transition to a low-carbon economy, advanced nuclear technologies play a critical role. The government’s commitment to developing large, small, and advanced nuclear projects was reinforced in the Ten Point Plan for a Green Industrial Revolution and the 2020 Energy White Paper. More recently, the UK’s Net Zero Strategy reaffirmed the importance of nuclear power in the country’s energy mix as it moves toward net-zero emissions.

Phase 1 provided up to £4 million in funding to conduct a series of feasibility studies for AMR designs, with contracts ranging from £300,000 to £400,000.

A share of up to £40 million was available for selected projects from phase 1 to undertake development activities, subject to phase 1 demonstrating clear value for money and government approval. Regulators were given the option of receiving an additional £5 million to help with this.

WHAT ARE ADVANCED NUCLEAR TECHNOLOGIES?

In general, advanced nuclear technologies are divided into two categories:

AMRs are the government’s term for Generation IV reactors. These reactors generate low-carbon electricity using novel and innovative fuels, coolants, and technologies, and they use the same modular-build principles as SMRs.

A diverse advanced nuclear market across many nations is developing a wide range of new reactor technologies. Many designs have the potential to be used for a variety of applications (inclusive of low-carbon electricity generation), such as:

The BEIS, before launching a formal invitation to tender for Phase A in spring 2022, is engaging the market on potential approaches. BEIS will procure Phase A of the AMR Research, Development, and Demonstration Programme.

The program’s goal is to show that high-temperature gas reactors (HTGRs) can generate high-temperature heat that can be used for low-carbon hydrogen production, industrial and domestic heat processing, and cost-competitive electricity generation.

By allowing industries to propose different options, Phase A aims to understand the potential size, type, cost, and delivery method for an HTGR demonstration.

Following underpinning analysis and a call for evidence, HTGRs were confirmed as the program’s technology focus in December 2021. As a result, the program will concentrate on HTGR technology, to establish HTGR by the early 2030s.

A few HTGR designs have been demonstrated, indicating the technology’s early stages of feasibility.

BEIS now wants the industry to demonstrate an HTGR, based in the UK, that puts innovation at the heart of its design, construction, and application, to deliver the most cost-effective solution shaped by end-user requirements by the early 2030s.

As part of the Net Zero Strategy, the UK is investing millions in the nuclear industry – up to £1.7 billion to bring at least one large-scale nuclear project to a final investment decision. A new £120 million Future Nuclear Enabling Fund will provide targeted support to additional nuclear projects.

As Britain works to reduce its reliance on volatile fossil fuels and exposure to global gas price spikes, new nuclear has a critical role to play in providing reliable, affordable, low-carbon energy.

The government has committed to developing the AMR R&D Program to enable a demonstration by the early 2030s to understand the technology’s potential.