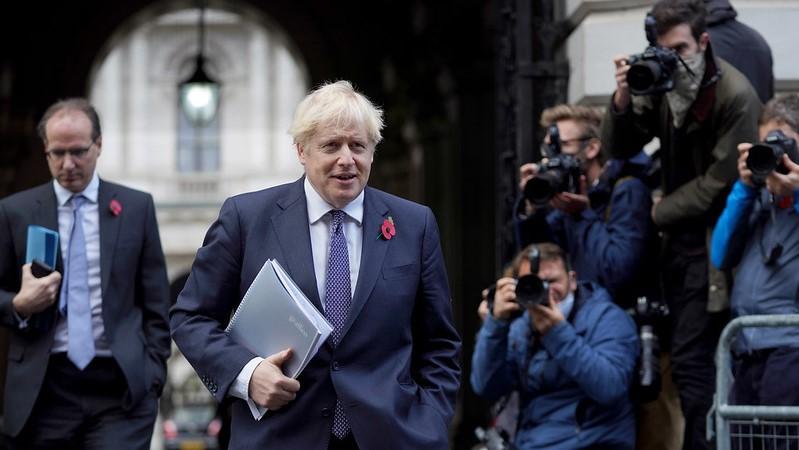 18th Nov 2021 marks the prime minister’s Ten Point Plans’ first anniversary. The plan was published amidst the second wave of the pandemic to compensate for the delayed Glasgow Climate Summit. It aimed to mobilise billions in private investment and create new green jobs related to the natural environment, hydrogen, home insulation and more across the UK.

The Plan was welcomed last year as a “robust first step in the right direction to support the UK achieving a net-zero society by 2050”. We at EGB, to mark its anniversary, decided to find out what progress has been made by the government on key policies and strategies since its announcement.

The Government’s Progress So Far

The governments’ performance has been remarkable over the past six months on the ten-point plan. Truthfully, it has achieved all of its 2020 to 2021 targets alongside making progress on some of its long term goals.

The UK Government has banned the sale of new petrol, diesel cars and vans from 2030 – 10 years earlier than planned. Hybrid cars and vans with no tailpipe carbon emissions will be permitted till 2035. The government will have by then revamped the vehicles to be fully electric. £500 million was committed to growing the electrification of the UK automotive sector as part of the ten-point plan. An additional £1.3 billion investment was also made to accelerate the rollout of charging infrastructure on motorways and major roads. Furthermore, the Government has also committed to installing more on-street electric vehicle (EV) charging points near homes and workplaces to facilitate charging.

In July 2021, the government published the Transport Decarbonisation Plan for England, eight months after the ten-point plan. It provides a roadmap for how the transport sector can decarbonise over the coming years. The plan includes a worldwide intention of phasing out sales for new diesel and petrol vehicles by 2040 – a commitment that was confirmed during COP26 in Glasgow in November 2021.

These will help realise the ambition to put more zero-emission cars and vans through a zero-emission vehicle mandate on UK roads.

The first of six clauses in the Transport Decarbonisation Plan focuses on ‘accelerating a modal shift to public and active transport.’ The government is looking into place-based solutions, to understand how and why emissions occur in specific locations. Likewise, the Net Zero Strategy and the Comprehensive Spending Review raised the ambition on active and sustainable transport.

All these new commitments set the pace for change in leading the way to net-zero, £2 billion of funding is also allocated to achieve half of all journeys by either walking or cycling by 2030.

The heat and buildings strategy published this October highlighted homes and buildings as a key target area for decarbonisation in the UK. Currently, 29 million homes account for 22% of total carbon emissions. The commitment in the Ten Point Plan to make our buildings energy-efficient and remove dependence on fossil fuel boilers was welcome.

The ambitions of the heat and buildings strategy focus on phasing out the reliance on fossil fuels for heating while outlining support for people transitioning to low carbon heat via heat pumps. Similarly, the Boiler Upgrade Scheme is a good start to deliver the changes we need on its own.

Further commitments were made in the Net Zero Strategy – an allocation of £800 million to the Social Housing Decarbonisation Fund will help social housing providers improve the energy performance of their homes alongside the revised Energy Company Obligation (ECO) scheme, to improve the energy efficiency of low-income homes.

One of its long term goals is the natural environment and since the publication of the plan, the government has achieved all three of its 2020-2021 nature milestones. These include:

In addition, the Government has also made a head start on its 2022 to 2024 target –a pledge to ten long term landscape recovery projects. The applications for the first wave of the pilot will be open before the New Year begins.

Is It Time To Renew The Plan?

To be fair, the ten-point plan is overshadowed by the all-encompassing Net-zero strategy. PM Boris Johnson has hinted that the government will soon publish a roadmap of ten separate points that show exactly how the green commitments will be delivered (in his speech at the Lord Mayor’s Banquet).

Publishing a ten-point plan 2.0 will be welcome to raise the economics ambitions seeing as it has achieved all of its 2020-2021 target milestones. It could resolve some of the blind spots in the initial plan alongside plugging the huge agriculture and land use gap in the Net-zero strategy.

The Glasgow Climate Summit has also signalled the beginning of a pivotal decade of climate action. Publishing the ten-point plan 2.0 will revitalise the governments’ ambitions to lead the world in low carbon technologies and create green jobs in the upcoming year to reinforce the UK’s international credibility as COP president.

Why we are here?